Visiting Lane Cove National Park is somewhat an annual tradition for ClubITR, and this year was no different. Last weekend we once again teamed up with ClubITR to host their Annual BBQ for 2014, and were joined by loads of cool Hondas and their owners in attendance. 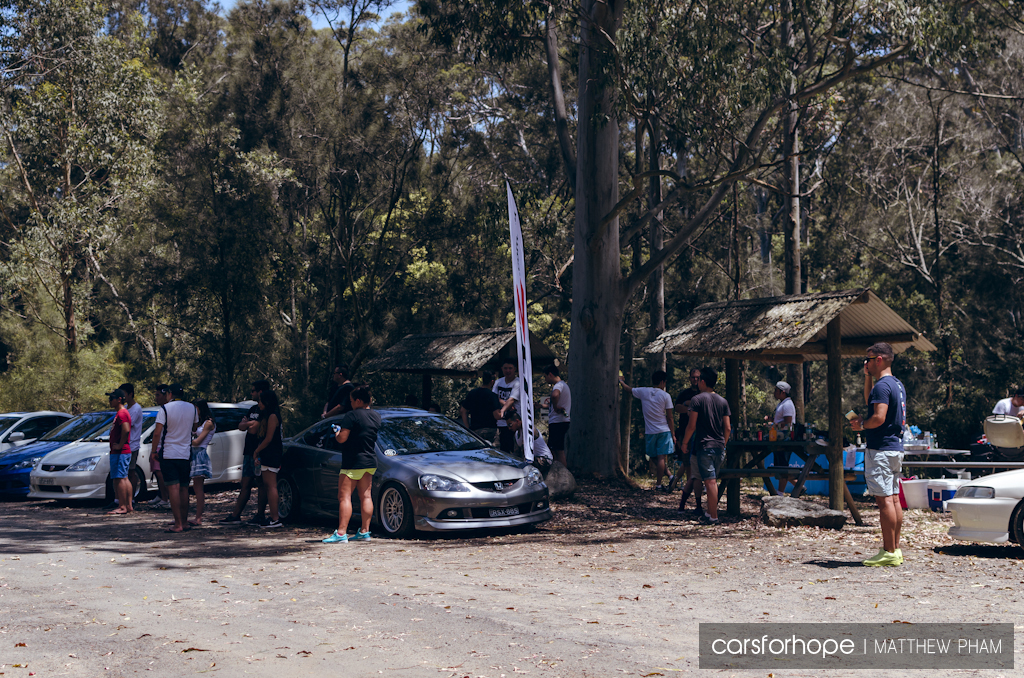 Temperatures for the day were approaching 40°C, a 5 year record for November in Sydney, but that didn’t deter any from coming down to enjoy the afternoon. 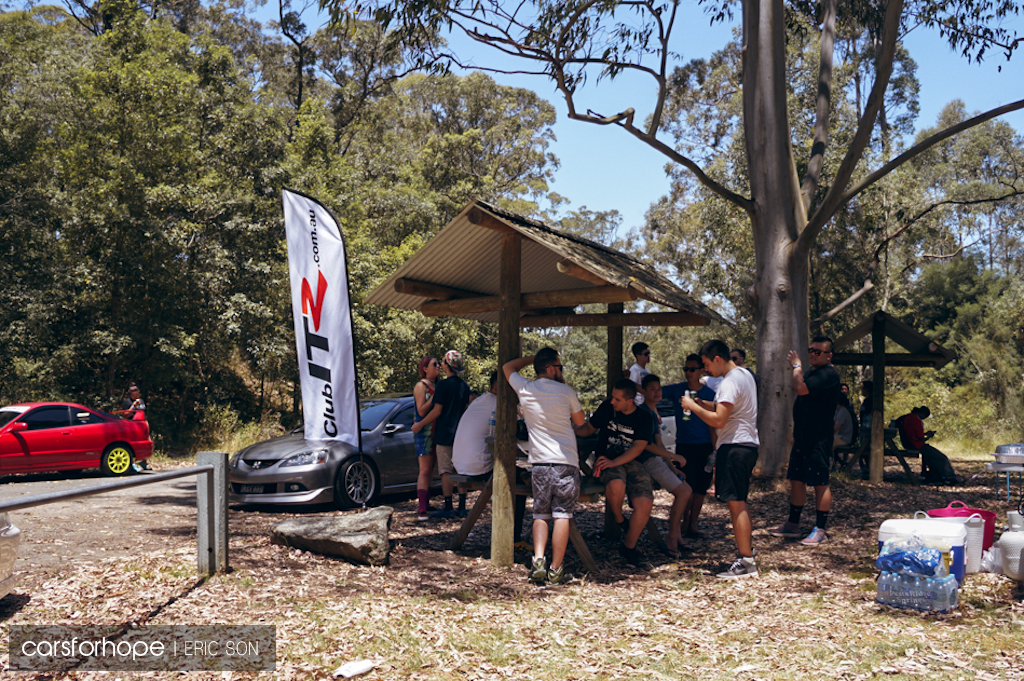 The vibes were chill and the shade aplenty, as everybody relaxed and talked about all things Honda. 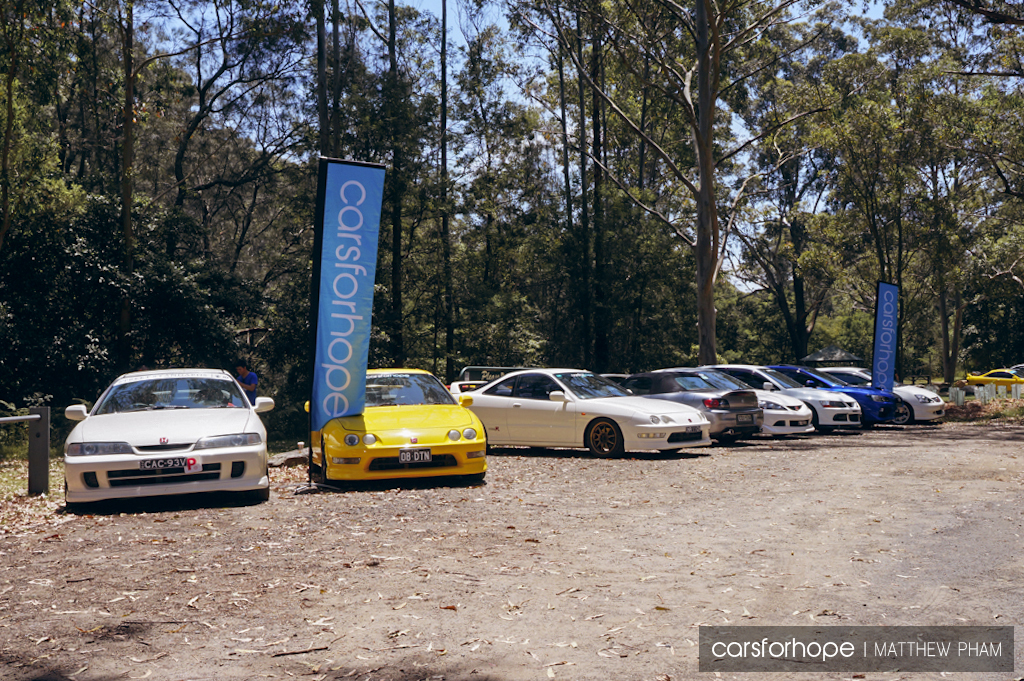 We had a little setup of our own adjacent to the BBQ, featuring some of the cars of our closest supporters. 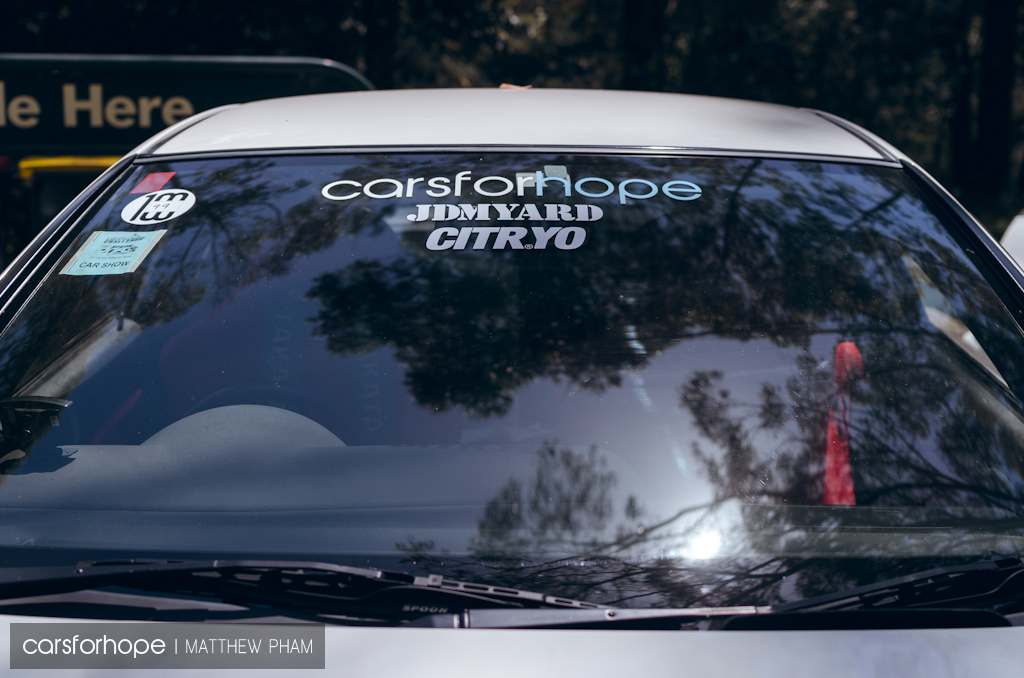 Shak’s DC5 was proudly representing Cars For Hope as usual with one of our large stickers. 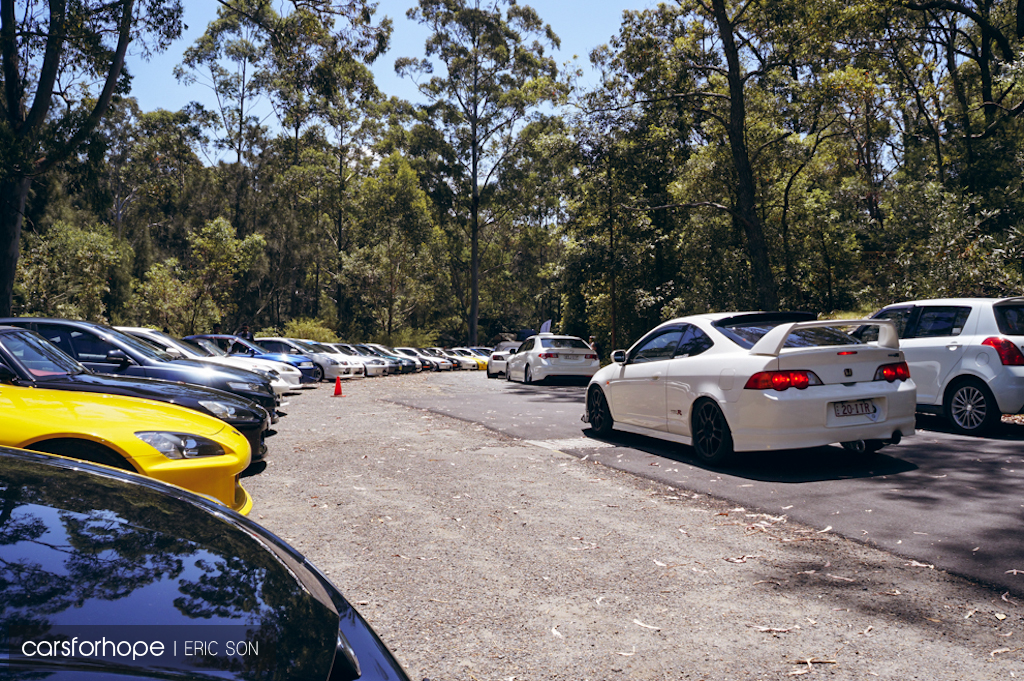 A row of Hondas as far as the eye could see. Just don’t mind that Suzuki Swift! 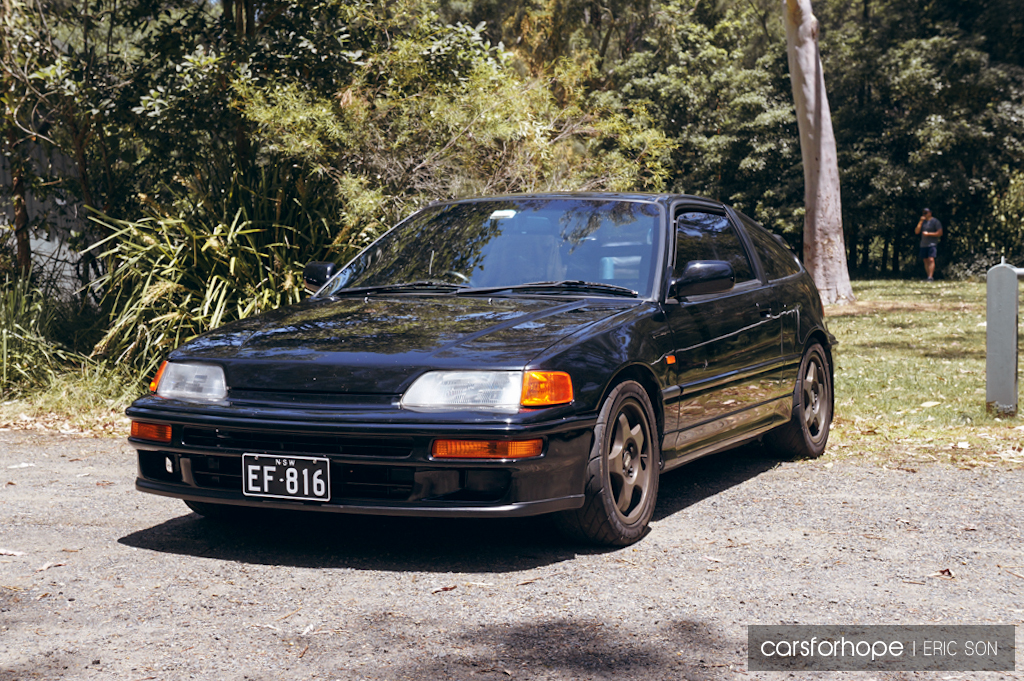 Hondas of all kinds are happily welcomed at any ClubITR meeting. A B16 under the bonnet of this CRX, perhaps? 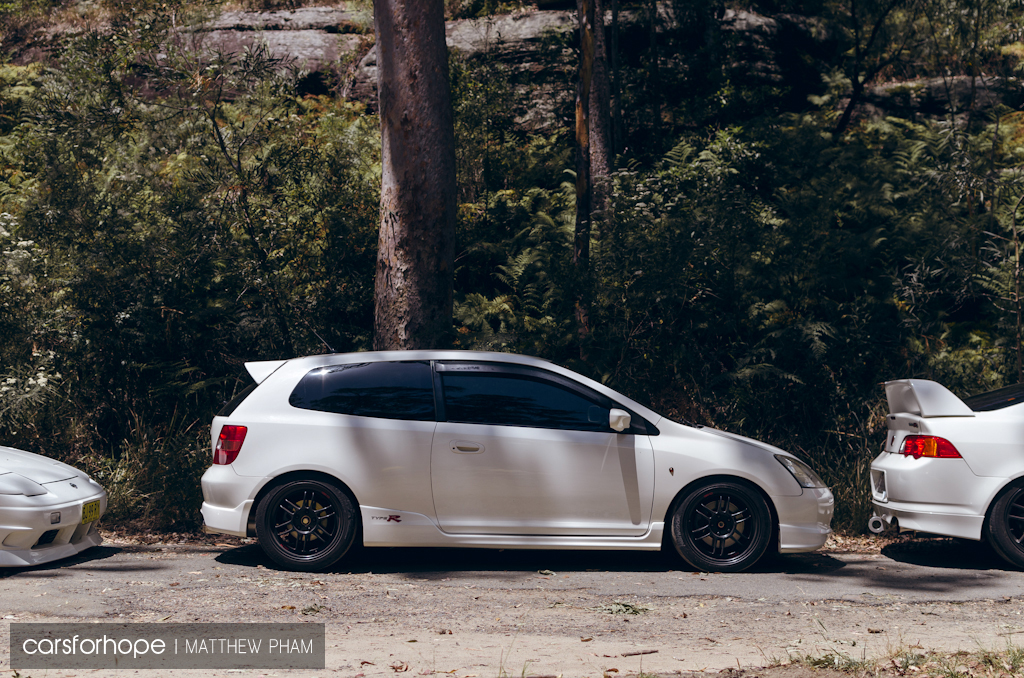 Enkei RPF1s are one of those wheels that seem to suit any car, and you can be sure that they make a winning combination with almost any Honda, especially EP3Rs. 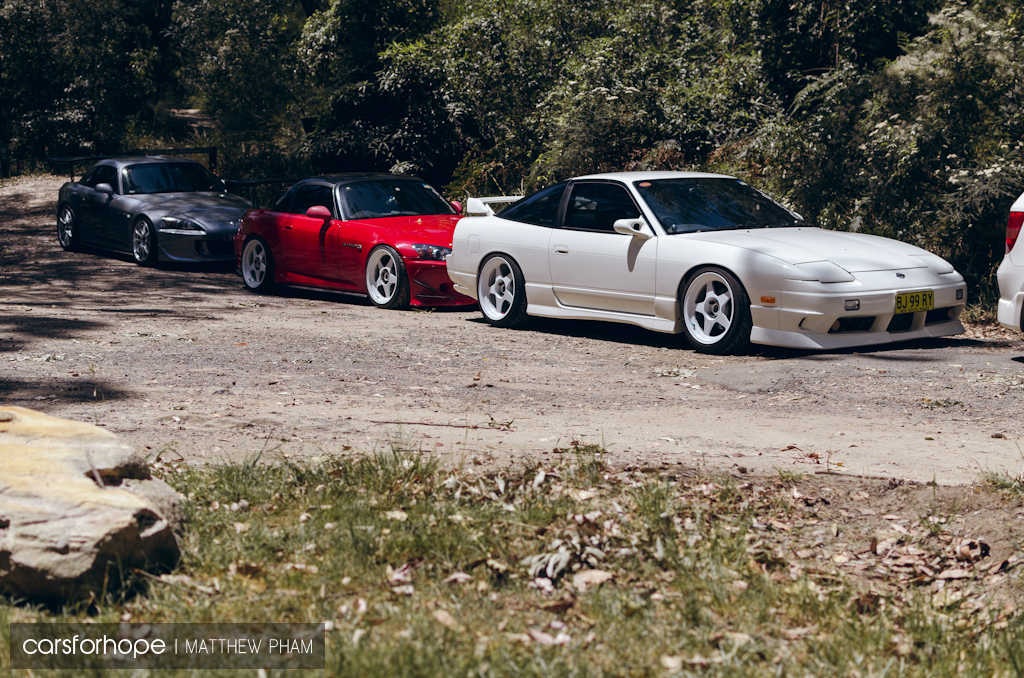 Likewise, the simplistic beauty of Desmond Regamasters can’t be beat! 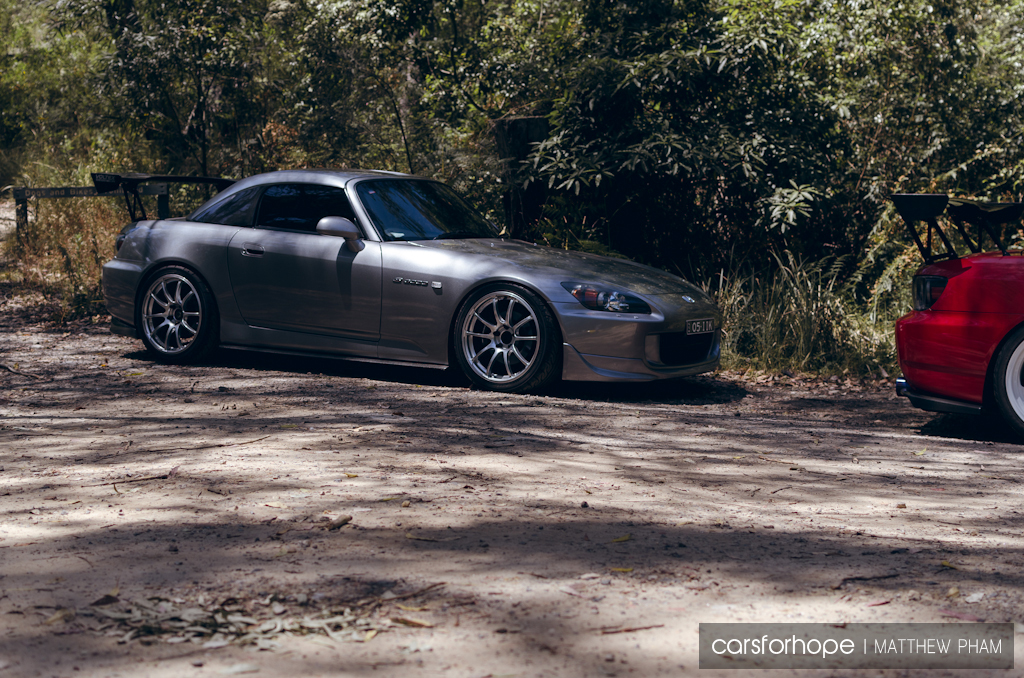 This super clean S2000 was hiding in the corner, tastefully modified and looking very track-ready! 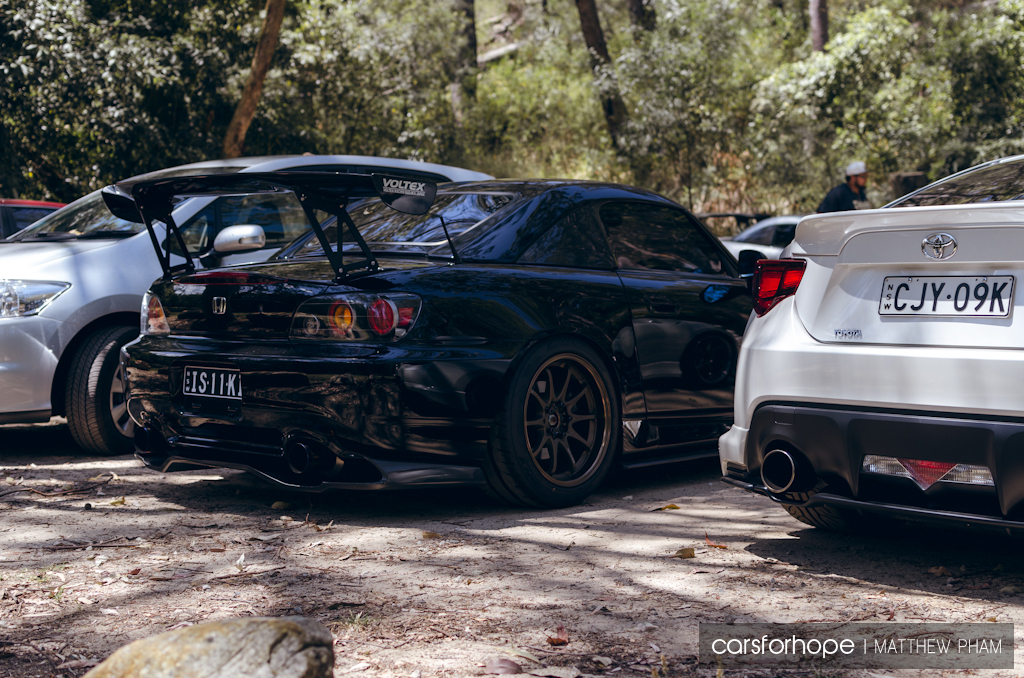 This black beast was a favourite for many, and with a monstrous Voltex rear wing and sleek diffuser setup, I can definitely see why. 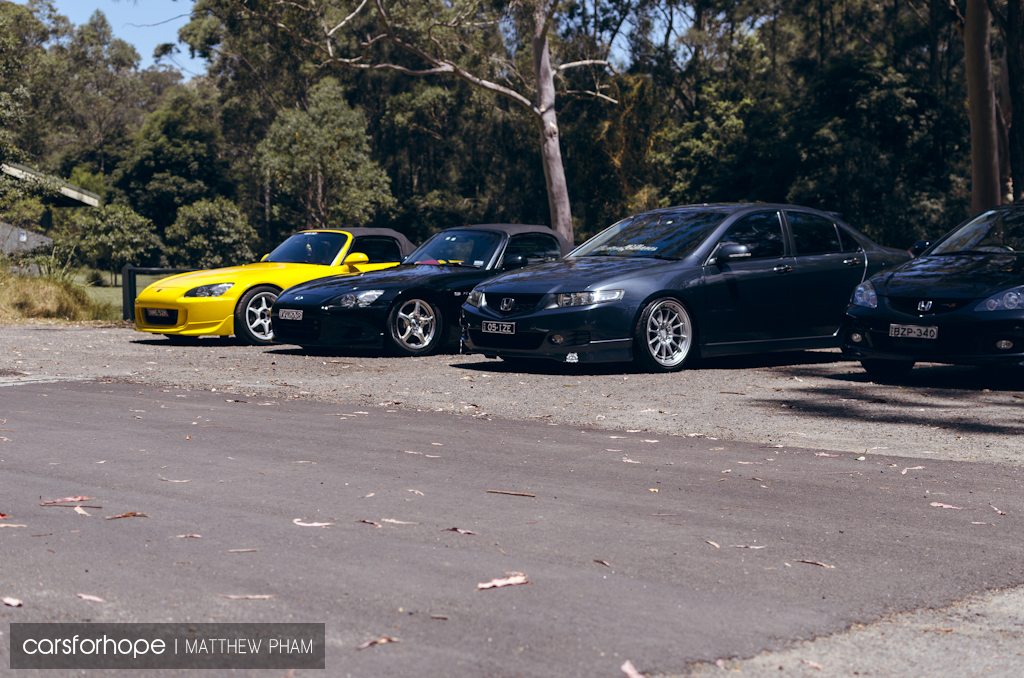 However, cars need not be crazy to look cool. Most of the Hondas in attendance were only mildly modified, but still looked awesome. Your car is your canvas! 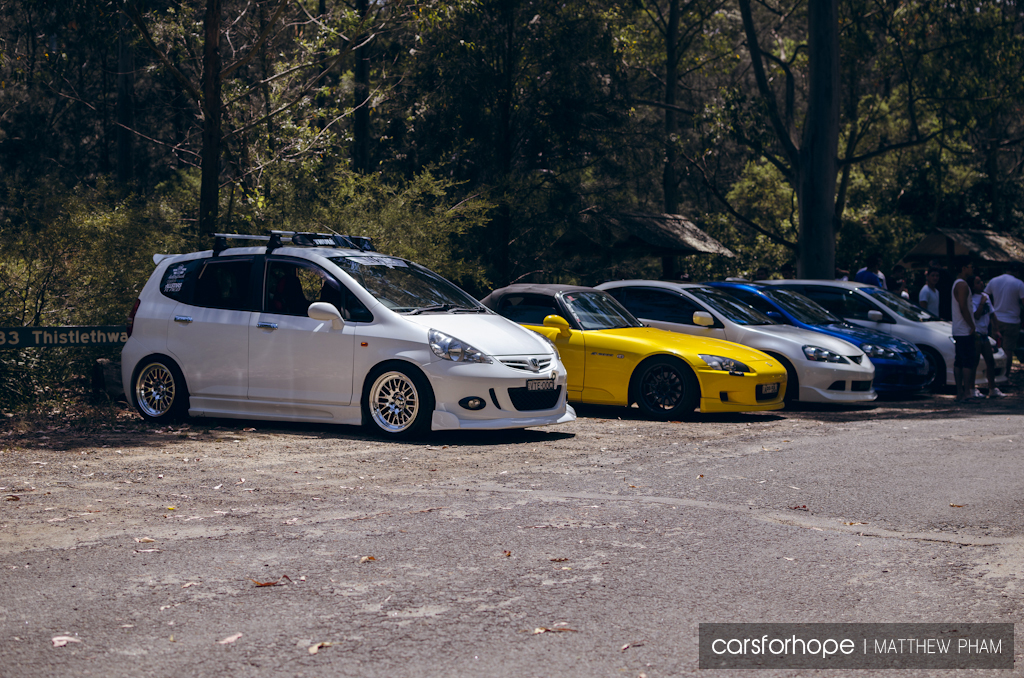 Honda Jazz’s are a big thing over in the USA and Japan, but we don’t really see much of them being modified Down Under, which is a shame. This Jazz freshened things up with some USDM-inspired styling. 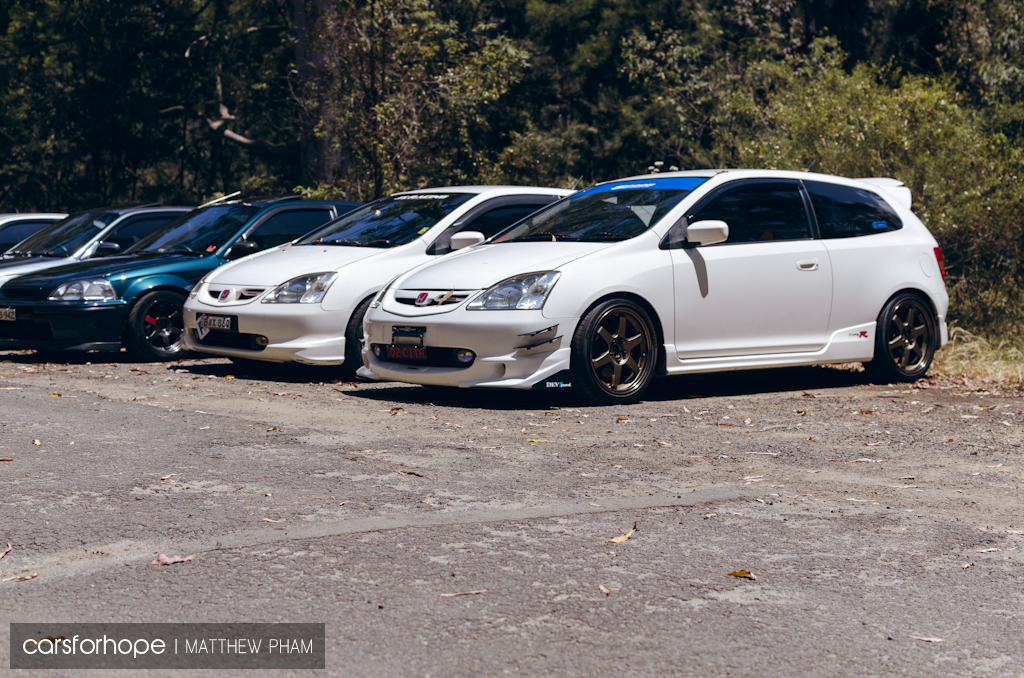 Not much needs to be done to make EP3s look so much cooler. This EP3R has some simple, track-inspired modifications including a front lip and canards to go with those TE37s. 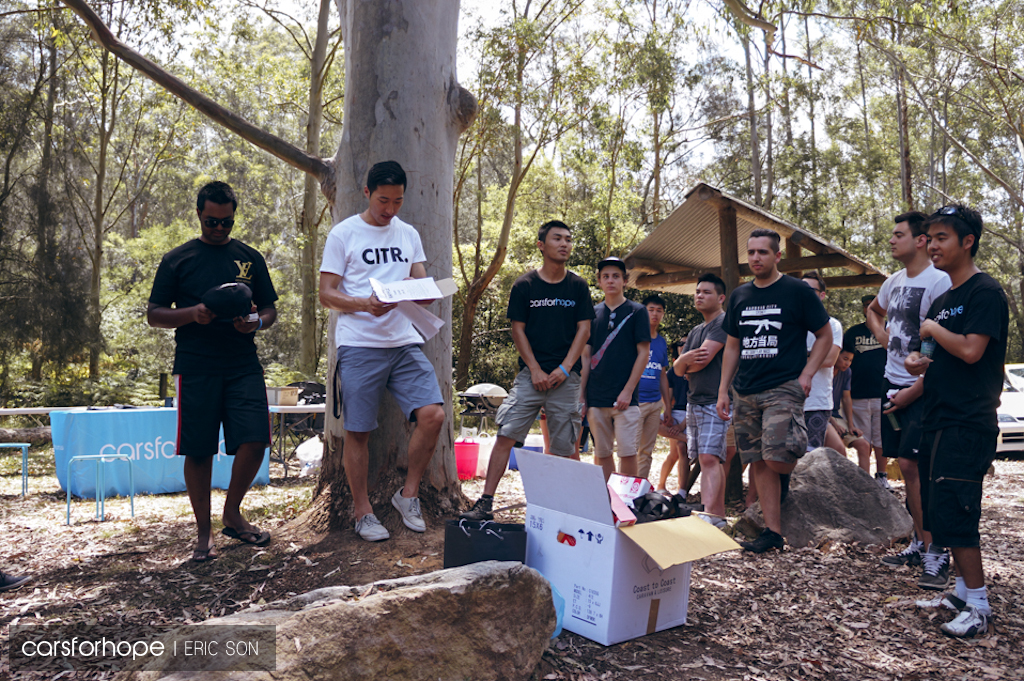 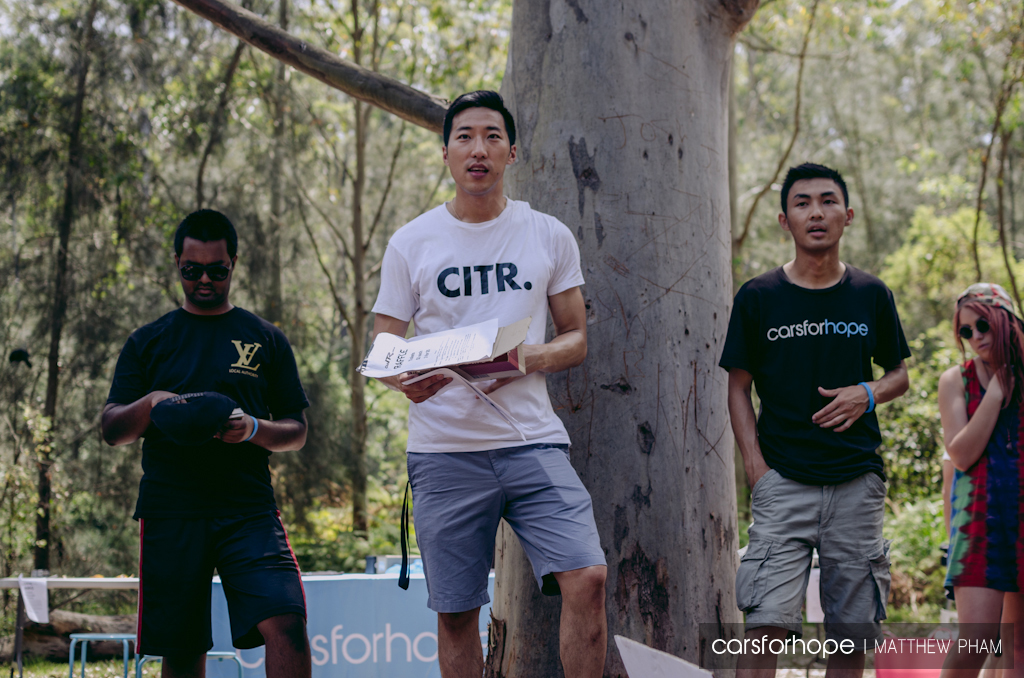 There were heaps of great prizes up for grabs, including ClubITR merchandise packs and even a free track day from our friends at Circuit Club. 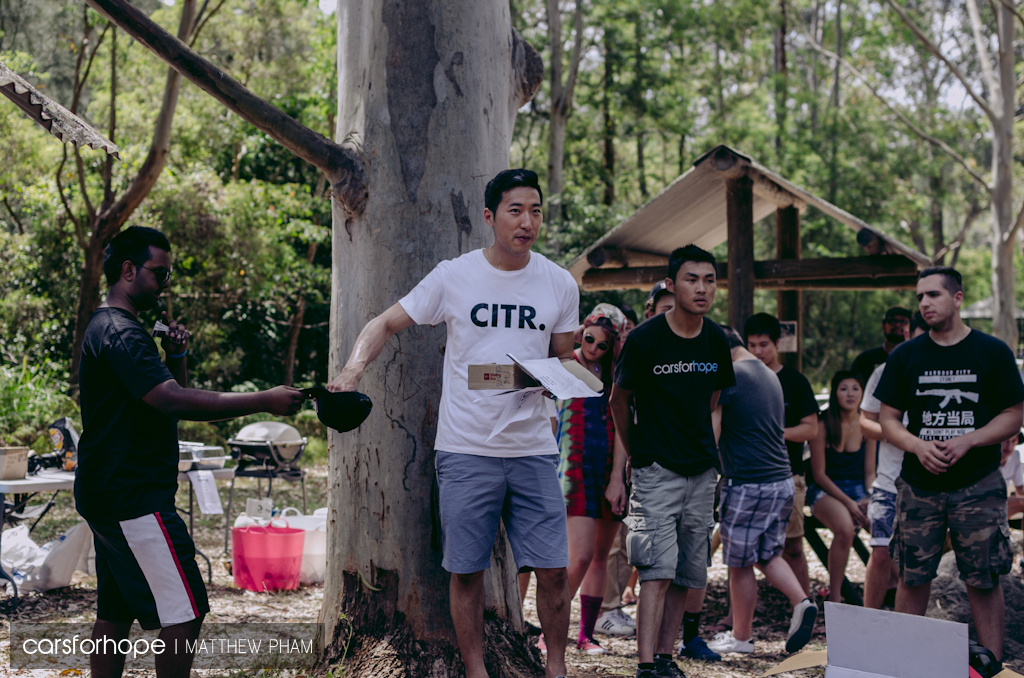 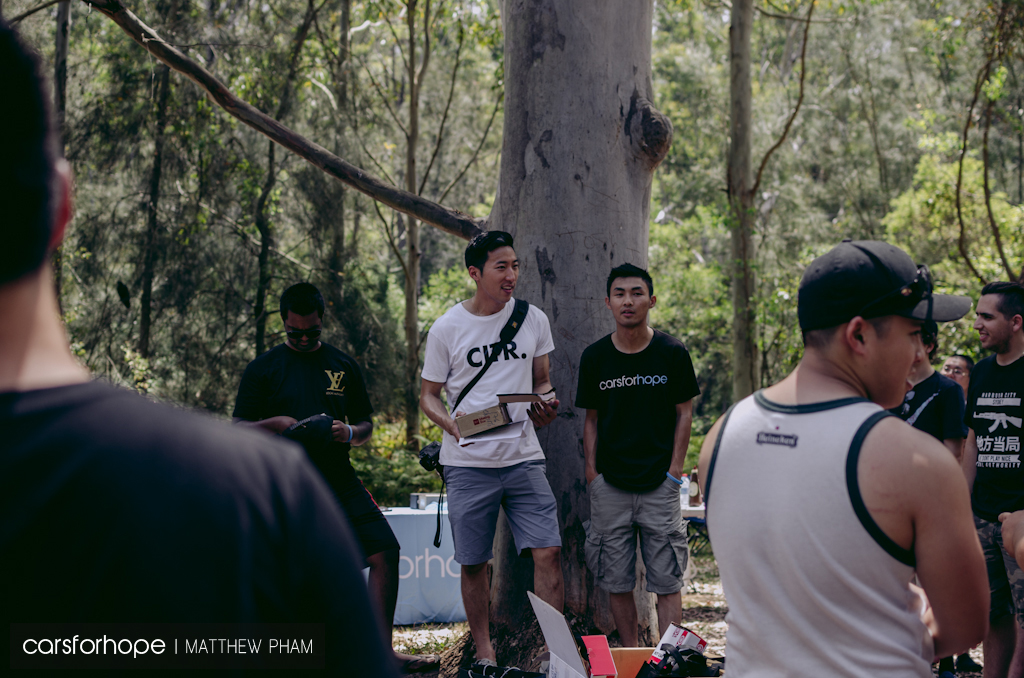 Felix actually ended up drawing himself as the major prize winner for the Circuit Club Track Day, much to everyone’s surprise, but took one for the team with a redraw. Nice one Felix! 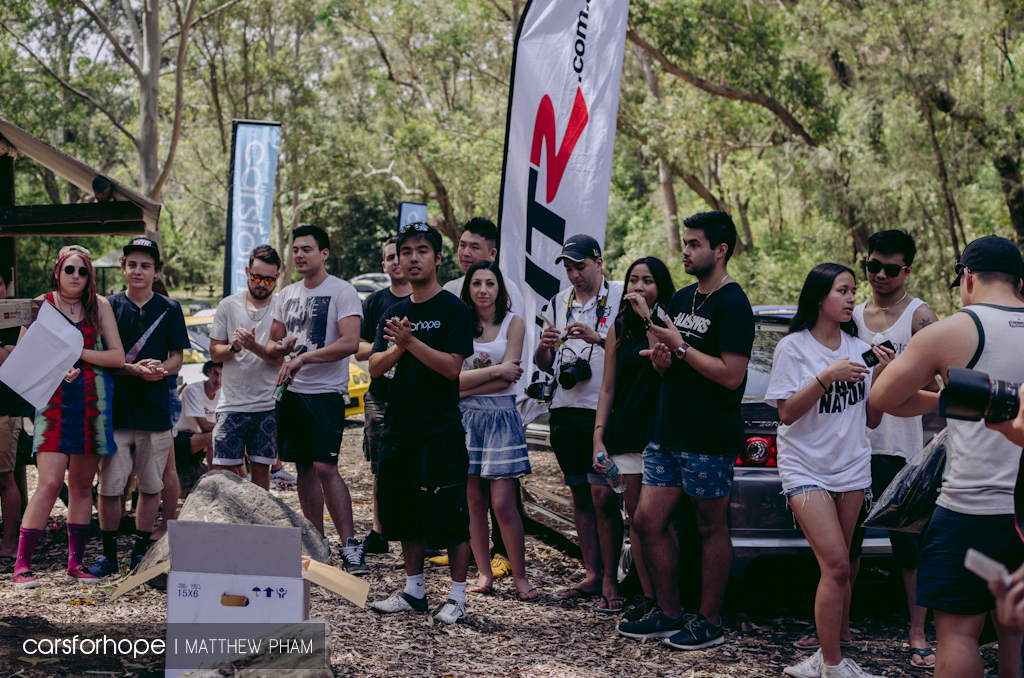 With our stomachs full and prizes happily received by their winners, it was time to pack up and mark an end to ClubITR gatherings for 2014. 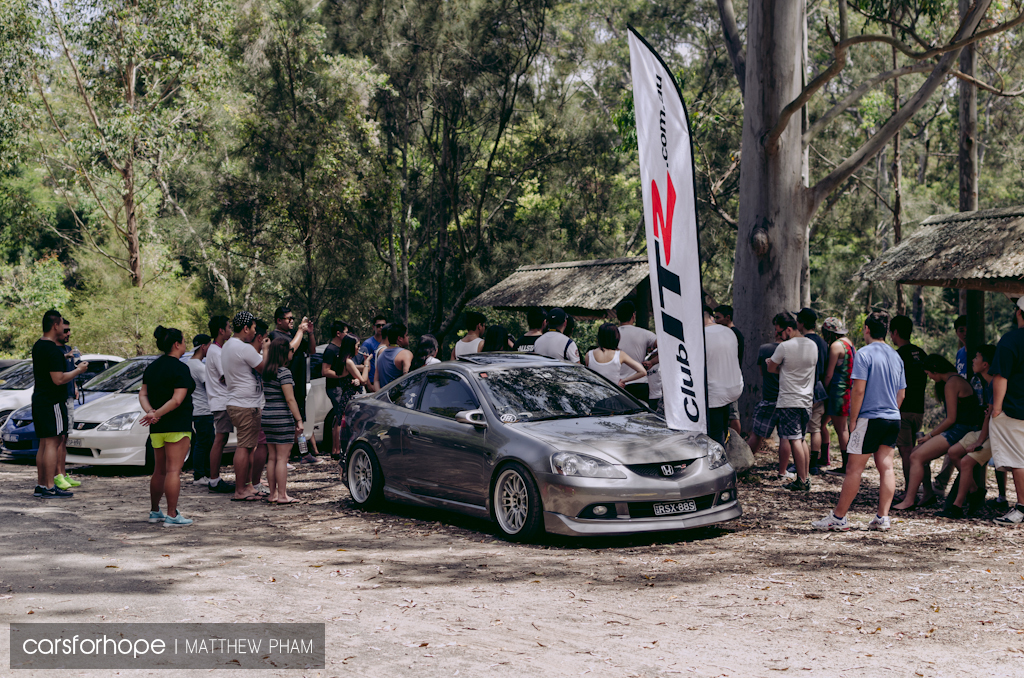 We’d like to extend a massive thanks to ClubITR, Tyreright, OFIM, Local Authority, Brewristas and Circuit Club for providing the raffle prizes, as well as Shak who organised the awesome day. Plus, an especially big thank you to everyone who made it out on the day, because we wouldn’t be here without your support. We’ll see you all next year!