Home » Blog » A dear old fellow I met at the airport

A dear old fellow I met at the airport 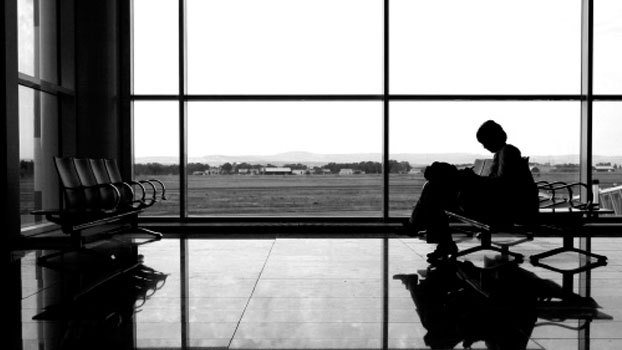 Chris, 50 years old, is a frequent flyer and on her many trips interstate and abroad comes across various people from every corner of the globe, all with their own unique backgrounds, experiences and stories. This is one encounter with a dear old fellow Chris met at the airport:

On an interstate trip and with time to spare before my flight, I was sitting in the food hall at the airport. An elderly gentleman asked to share my table while he drank his coffee and we began chatting. The man told me that his trip to another state was “to fill in time”. He felt he had no purpose in life since his wife had died and he was sad and lonely, so he took “trivial trips” as he called them.

There was something about him that looked and sounded so lost so I put my hand on his and asked if he had ever thought of suicide. It didn’t even take a second for his eyes to tear up and for him to shyly reply “yes”. He said that he and his wife had moved to the coast after he retired, but she had a stroke within just a few months and he had nursed her at home as long as he could. But then he was forced to put her into care and it just broke his heart, but he continued to visit her daily until she died some months later. And now he said he’d just lost his will to live. I asked if he had any family to which he replied, “A daughter, but she’s busy with her young family and doesn’t need me to bother her”. Now it was my heart that was breaking.

After talking about his feelings and exploring the risk of suicide, we agreed that he would contact his daughter and let her know how he was feeling. He promised to visit his GP on his return home and talk openly with him about his sadness and thoughts of suicide. He realized that he did have things in his life that were important to him – his grandson, his garden and his little dog (he was a retired veterinarian who had rescued this dog from the RSPCA), and he agreed that he wanted to stay alive for those things. Even though we are unlikely to meet again, I felt proud that I he was able to help this man in his hour of need.

It doesn’t take much to start a conversation with someone, but as brief as Chris’ was with a man whose name she might not even have known, it was a significant step towards saving a life by helping him to combat his suicidal thoughts and realize that there are many things worth staying alive for no matter how simple they may be.

Starting a conversation about mental health and suicide can save a life. It can also be the best thing you’ve done in your life.